we'll be in touch shortly

Case Study is the most effective learning method to acquire language skills and put them in practice.

Not yet a member ? Next step:
contact us to arrange a demo class.

This is the series of Real Estate Bond defaults. Focus two companies Country Garden and Fantasisa

Chinese property developer Fantasia Holdings Group has failed to repay a maturing bond and a loan in the latest sign of distress among the other real estate companies.

Like bigger rival China Evergrande Group, Fantasia is based in Shenzhen and has been grappling with excessive debt amid a credit crunch.

Fantasia said in a filing in Hong Kong on Monday evening that it had failed to redeem a $205.7 million bond due that day. It also failed to repay a short-term loan of 700 million yuan ($108.56 million) due then to Country Garden Services Holding, which has a pending deal to buy much of Fantasia's property management business.

Fantasia has a 30-day grace period to repay the five-year bond before it is officially in default, according to its bond offering prospectus. Its shares have been suspended since Sept. 29 pending an announcement of another asset sale. They have fallen 58.5% so far this year.

Until this week, no one cared about Fantasia, a smallish developer that ranks only 64th in China’s vast real estate industry. Fantasia’s revenue is not even one-tenth that of China Evergrande Group, which is near the brink of a collapse;

Fantasia could have repaid the note but chose not to. As a result, it opened a Pandora’s Box of financial nastiness.

Fantasia should have enough cash on its books to cough up the $206 million — unlike Evergrande, which is suffering a major liquidity crisis. As of the end of June, the smaller developer sat on 27 billion yuan ($4.2 billion).

In late August, the company claimed it had about 10 billion yuan in cash in the holding company level, according to an investor present at the conference call. In early September, it repurchased $6 million worth of bonds, claiming “good liquidity” after the open market operations.

Fantasia has also had some success divesting assets. Last week, Country Garden Services, owned by China’s largest developer, agreed to buy its property management unit for 3.3 billion yuan. At that stage, Fantasia’s ability to repay this month was never in doubt.

The day it squirmed out of the $206 million, the company tore up another contract. For the Country Garden acquisition deal, Fantasia had received a short-term bridge loan worth 700 million yuan on Sept. 30. It had the money, but decided not to repay it on Monday when it was due.

Fantasia's $300 million dollar bond due this December tumbled after the developer failed to repay notes due this week.

A series of top-down government policies to rein in debt and control prices have turned property development into a money-losing business. With no hope of economic recovery, Fantasia has no incentive to honor its bond obligations.

As of 2020 year-end, dollar-denominated bonds accounted for 62% of the company’s total debt. By getting out of all of them, Fantasia satisfies Beijing’s edict against crossing the “three red lines” — against excessive corporate debt — with relative ease. Late Wednesday, Fantasia told investors it had begun meeting with financial advisors to discuss “the next step.” 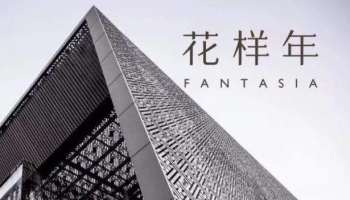 to release; to issue; to announce; to distribute; also written 發布|发布[fā bù]

Active learning will accelerate your skills, and your study of 'Real Estate Bond Default: Fantasia Bond Default & Country Garden M&A'. Each exercise is designed to promote and strenthen your language skills. Login Required.

Not yet a member ? Next step:
contact us to arrange a demo class.